Copyright as it protects creative work has been established as a legal right under both domestic and international legal instruments.[1] While the existing legal frameworks conspicuously affirm humans the right to sue for copyright infringement, it is uncertain whether the animals have the opportunity to exercise the same against humans, corporations and companies. Interestingly, in the “Naruto v Slater”[2] case, the court had to decide a similar issue questioning the right of the animal to own copyright and sue for damages and injunctive relief if there is an infringement of such copyright.

Circumstances of the Case

In 2011, David Slater, a wildlife photographer, left his camera unattended in an Indonesian reserve forest.[3] Finding the camera tempting, Naruto, a curious male crested black macaque, took the camera and began taking photographs.  It captured some pictures of the forest floors, a few of the other macaques, and several of himself, one of which resulted in the famous “monkey selfie.”[4] In December 2014, Slater and Wildlife Personalities, Ltd. (Wildlife) published the Monkey Selfies in a book produced by Slater on the Blurb Inc. (Blurb) website. The book identifies Slater and Wildlife as the copyright owners of the Monkey Selfies. However, Slater admits throughout the book that Naruto took the photographs at issue.[5] Acting as Naruto’s “next friend” (or representative), PETA has filed a lawsuit in U.S. federal court in San Francisco against photographer David J. Slater. His company, Wildlife Personalities Ltd., claimed copyright infringement of the photos taken by Naruto indisputably. Also named as a defendant is the San Francisco–based publishing company Blurb, Inc., which published a collection of Slater’s photographs, including two selfies taken by Naruto. The lawsuit seeks to have Naruto declared the “author” and owner of his photograph.[6] Slater, Wildlife, and Blurb filed motions to dismiss under Fed. R. Civ. P. 12(b)(1) and 12(b)(6) on the grounds that the complaint did not state facts sufficient to establish standing under Article III or statutory standing under the Copyright Act. The district court granted the motions to dismiss by concluding that Naruto failed to establish statutory standing under the Copyright Act. PETA and Dr. Engelhardt timely appealed on Naruto’s behalf. However, after the appeal was filed, and with the permission of Appellees, Dr. Engelhardt withdrew from the litigation. Therefore, on appeal, only PETA remains to represent Naruto as his “next friend.”[7]

Issue
Whether a monkey may sue humans, corporations, and companies for damages and injunctive relief arising from claims of copyright infringement.[8]

The Court held that the animal had constitutional standing but lacked statutory standing to claim copyright.

Justification of the court (majority opinion)[9]

In determining whether the monkey in question or animals in a broader sense has the right to sue humans for copyright infringement, the court needs to decide whether the claimant PETA has “next friend standing” to claim on behalf of the monkey. In doing so, the court emphasized the significant relationship between the monkey and the claimant and found that PETA (claimant) does not claim to have a relationship with Naruto that is any more significant than its relationship with any other animal. Thus, PETA fails to meet the “significant relationship” requirement and cannot sue as Naruto’s next friend.[10] Rather, in the wake of PETA’s proposed dismissal after settlement with David Slater, the court found that Naruto is left without an advocate, his supposed “friend” having abandoned Naruto’s substantive claims in what appears to be an effort to prevent the publication of a decision adverse to PETA’s institutional interests.[11] On that note the court commented regarding PETA that, puzzlingly, while representing to the world that “animals are not ours to eat, wear, experiment on, use for entertainment, or abuse in any other way,” PETA seems to employ Naruto as an unwitting pawn in its ideological goals. Yet this is precisely what is to be avoided by requiring next friends to have a significant relationship with, rather than an institutional interest in, the incompetent party.[12] Conversely, even if PETA had alleged a significant relationship with Naruto, it still could not sue as Naruto’s next friend as “the scope of any federal doctrine of ‘next friend’ standing is no broader than what is permitted by the . . . statute.”[13] It’s because, Court noted in a prior case, “however worthy and high minded the motives of ‘next friends’ may be, they inevitably run the risk of making the actual [party] a pawn to be manipulated on a chessboard larger than his own case.”[14]

Even after so, the court proceeded to the merits because Naruto’s lack of a next friend does not destroy his standing to sue, as having a “case or controversy” under Article III of the Constitution of US. Also, Federal Rule of Civil Procedure 17 does not make the appointment of a guardian ad litem mandatory.[15] With this in mind, the court then proceeded to analyze Naruto’s Article III standing. By referring to the “Cataceans Case”, the court found that Naruto has Article III standing. The reasons for such finding that the complaint alleges that Naruto is the author and owner of the Monkey Selfies. The complaint further alleges that Naruto has suffered concrete and particularized economic harms as a result of the infringing conduct by the Appellees, harms that can be redressed by a judgment declaring Naruto as the author and owner of the Monkey Selfies.[16] Hence, in light of Cetacean, the complaint includes facts sufficient to establish Article III standing. On that note, the court then proceeded to check Naruto’s statutory standing to sue for copyright infringement. In doing so, the court crafted the simple statutory interpretation stating that “if an Act of Congress plainly states that animals have statutory standing, then animals have statutory standing. If the statute does not so plainly state, then animals do not have statutory standing. The Copyright Act does not expressly authorize animals to file copyright infringement suits under the statute.”[17] In this regard, the court emphasized that the words of a statute must be read in their context and with a view to their place in the overall statutory scheme. The terms “children,” “grandchildren,” “legitimate,” “widow,” and “widower” used under the copyright Act all imply humanity and necessarily exclude animals that do not marry and do not have heirs entitled to property by law as the court identified.[18] With this, by granting attorneys’ fees and costs for the appeal to Slater and Wildlife, the court held that district court did not err in concluding that Naruto—and, more broadly, animals other than humans—lack statutory standing to sue under the Copyright Act.

The courts’ decision reveals that animals have no standing to own copyright and sue humans if there is any infringement of such copyright. In this regard, courts’ rigid interpretation of statutory provisions cannot be overlooked. But the other side of the coin is that as the court raised hope by stating that if the legislation wants to attribute copyright on entities other than human, it can do so by explicitly enshrining it in the enacting laws. Such entities could be legal territorial/environmental, such as rivers, purely legal, such as corporations, or non-human and/or non-legal, but nonetheless sentient, such as animals.[19] On that note, the animal right warriors like PETA should not put its institutional interest at first place by making the animals in question an unwitting pawn in its ideological goals.[20] Perhaps with this, one day the court will declare that animals can own copyright and sue humans if there is an infringement of such copyrights.

[4] “This Selfie May Set a Legal Precedent”<https://www.peta.org/blog/this-selfie-may-set-a-legal-precedent/> accessed on 11 April, 2021.

[9] Judge N.R Smith’s concurring opinion is also interesting. He stated that the Majority’s conclusion that next-friend standing is non jurisdictional is legally unsupportable. He also insightfully identified a series of issues raised by the prospect of allowing animals to sue. For example, if animals may sue, who may represent their interests? If animals have property rights, do they also have corresponding duties? How do we prevent people (or organizations, like PETA) from using animals to advance their human agendas? In reflecting on these questions, Judge Smith reaches the reasonable conclusion that animals should not be permitted to sue in human courts. See ibid (n ii) 31. Also see footnote 5 of the judgment at page 11, 12. 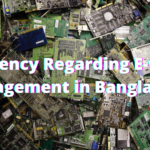 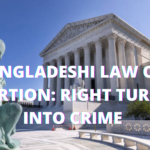 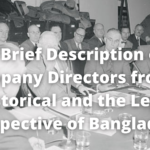 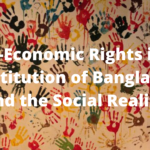 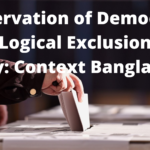 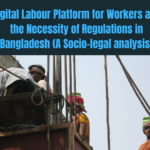